Samuel Coulson was an English merchant who was arrested and confessed under torture to an involvement in the plot to seize the castle on Amboyna. In the days before his execution and while he was lying in chains in the hold of a Dutch ship, he wrote a declaration attesting to his own innocence in a Psalm book. This declaration was later smuggled out to London where it used as a key exhibit for the Defense. The declaration stated that Coulson was "clear of all such conspiracy." It went on to say that "neither do I know any Englishman guilty thereof, nor other creature in the world." In this way, it was a powerful endorsement of the Defense's cases that all the confession had been obtained via brutal torture. For the Prosecution, however, the declaration was immaterial. Coulson may have been lying and how could anyone really know that these were Coulson's own words. 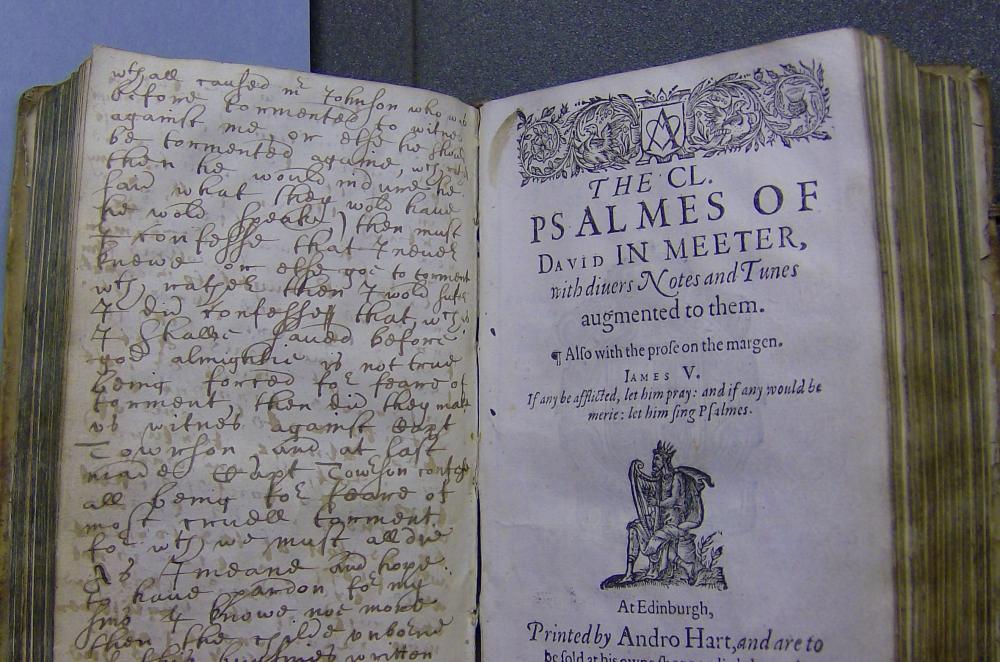 March the 5th, stilo novo, being Sunday, aboard the Rotterdam, lying in irons.

Understand, that I, Samuel Colson, late factor of Hitto, was apprehended for suspicion of conspiracy, and for any thing I know, must die for it. Wherefore, having no better means to make my innocence known, have written this in this book, hoping some good Englishman will see it. I do here, upon my salvation, as I hope by His death and passion to have redemption for my sins, that I am clear of all such conspiracy, neither do I know any Englishman guilty thereof, nor other creature in the world. As this is true, God bless me, Samuell Coulson.

The Japanese were taken with some villainy and brought to examination, being most tyrannously tortured, were asked if the English had any hand in their plot, which torture made them say yea. Then was Mr. Thompson, Mr. Johnson, Mr. Collins, John Clarke brought to examination, and were burned under the arms, the armpits, the hands, and soles of the feet, with another most miserable torture, to drink water. Some of them almost tortured to death and were forced to confess that which they never knew, by reason of the torment, which flesh and blood is not able to endure. Then were the rest of the Englishmen called one by one, amongst which I was one, being wished to confess, or else I must go to torment. Withall called Mr. Johnson, who was before tormented, to witness against me, or else he should be tormented again, which, rather than he would endure, he said what they would have he would speak. Then must I confess that I never knew, or else go to torment, which rather than I would suffer, I did confess that which (as I shall be saved before God Almighty) is not true, being forced for fear of torment. Then did they make us witness against Capt. Towerson, and at last made Capt. Towerson confess, all being for fear of most cruel torment, for which we must die. As I mean and hope to have pardon for my sins, I know no more than the child unborn of the business. Written with mine own hand the 5th of March, stilo novo. Samuell Coulson.