The legal case at Amboyna was attacked ferociously by English writers, who argued that it violated the most basic principles of justice. What is so striking in this document is that the condemnation comes not from the English but from De Bruyn’s own superiors in Batavia, who were clearly appalled by the shoddy trial record which they forced to defend. Here, they describe De Bruyn in scathing terms as someone who has passed himself off as a lawyer but who clearly lacked the basic skills to conduct the case. Although the Governor-General was absolutely convinced that the English were guilty, he is clear that it would have been far preferable if the Dutch on Amboyna had shown clemency rather than executing Towerson and the other alleged conspirators at Amboyna. 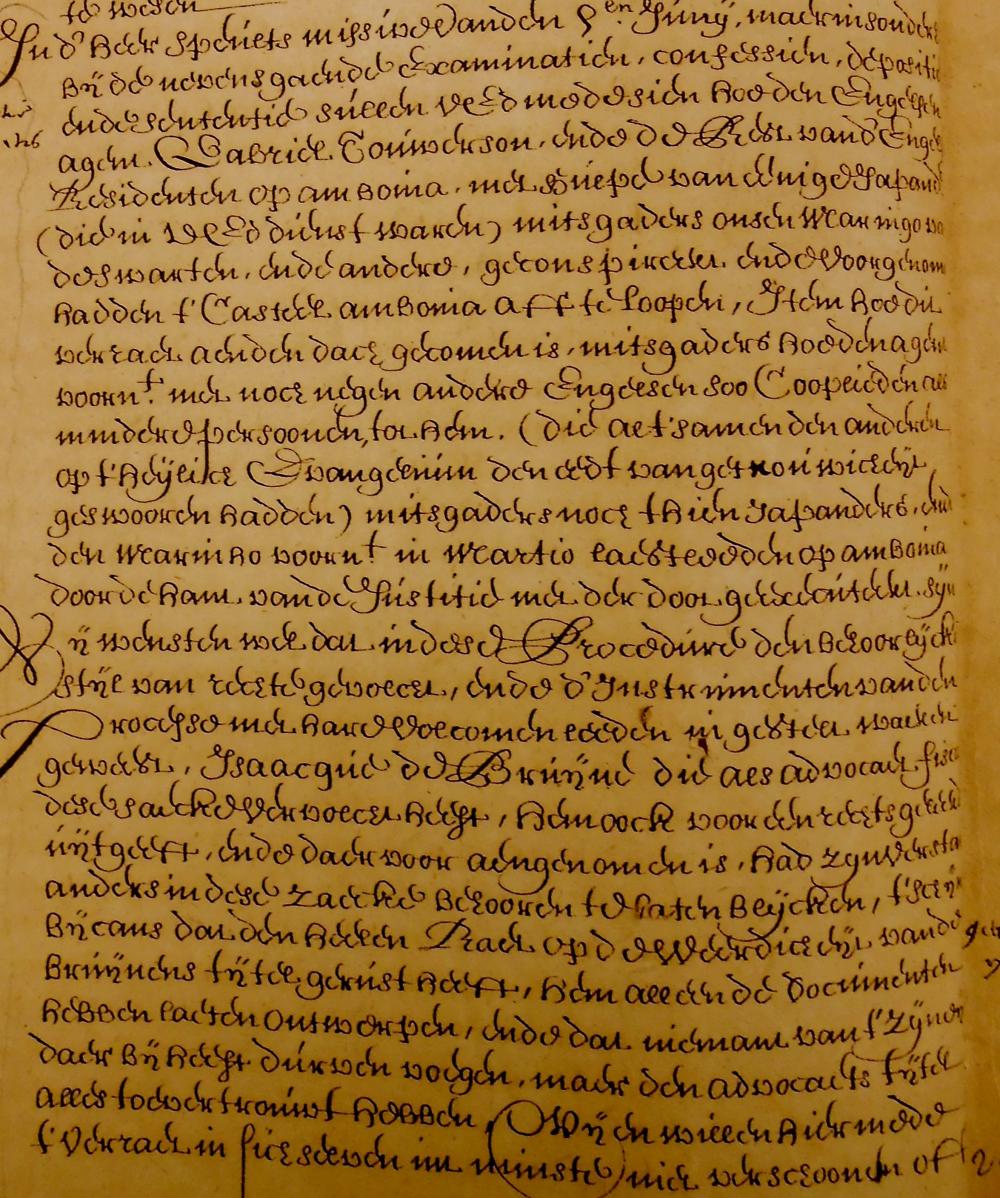