The pamphlet attempts to systematically demolish the major objections to the case. It is written as a personal investigation by an impartial observer determined only to get to the bottom of the matter. The pamphlet emphasizes the “full uniform examination and confession” of all the accused. 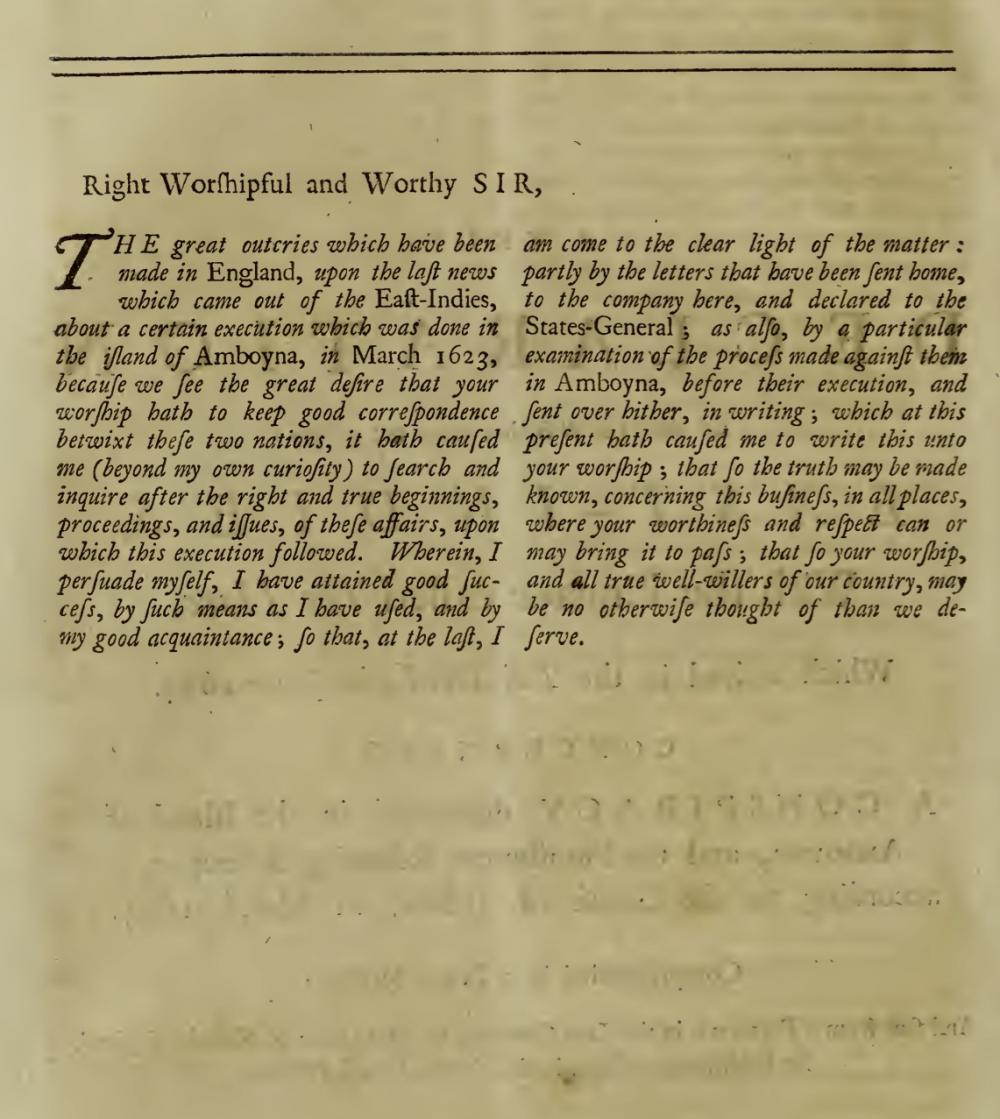 The great outcryes which have been made in England upon the last news which came out of the East Indies about a certain execution which was done in the island of Amboyna in March 1623, because we see the great desire that your Worship hath to keep good correspondence betwixt these two nations, it hath caused me (beyond my own curiosity) to search and enquire after the right and true beginning, proceedings, and issues of these affairs upon which this execution followed. Wherein I persuade myself I have attained good success, by such means as I have used, and by my good acquaintance, so that (at the last), I am come to the clear light of the matter.

A True Declaration of the News that Came Out of the East Indies with the Pinnace Called the Hare (London, 1624)