One of the most revealing assessments of the Dutch template came from the pen of the great seventeenth-century observer of the United Provinces, William Temple. For Temple, there was no question that the Dutch East India Company operated and was managed like a “State in the Indies.” He draws attention to the formidable military resources that could be mustered by the Dutch in Asia. 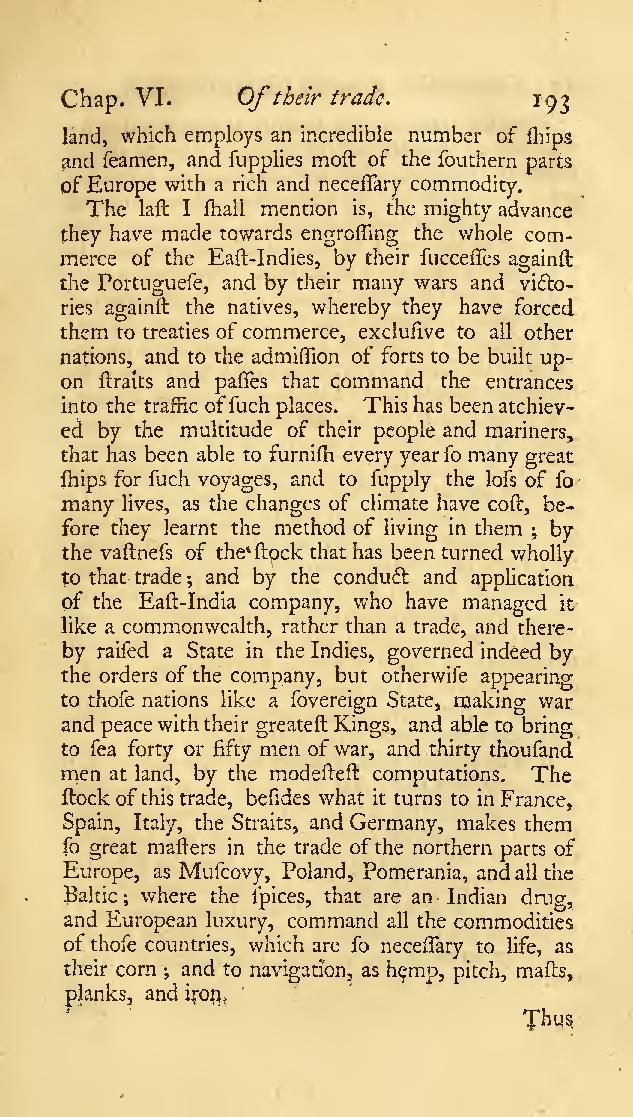 The last, I shall mention, is, the mighty advance they have made towards engrossing the whole commerce of the East-Indies, by their successes against the Portuguese, and by their many wars and victories against the natives, whereby they have forced them to treaties of commerce, exclusive to all other nations, and to the admission of Forts to be built upon straits and passes, that command the entrances into the traffic of such places. This has been [achieved] . . . by the conduct and application of the East-India company, who have managed it like a commonwealth, rather than a trade, and thereby raised a State in the Indies, governed indeed by the orders of the company, but otherwise appearing to those nations like a Sovereign State, making war and peace with their greatest Kings, and able to bring to sea forty or fifty men of war, and thirty thousand men at land, by the modestest computations